You need to know about this disease I have 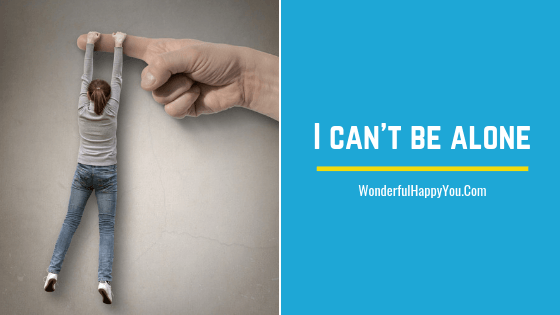 I suffer from a disease, and I can’t hide it any longer.

If I continue to keep it to myself, it will be just a matter of time before I disappear from your inbox, stop blogging and ultimately give up and drop out of sight altogether.

It’s debilitating… it keeps me up many nights and stops me from doing what I feel I am called to do.

One of its symptoms is severe anxiety, another mimics depression.

It stops me from doing what I have planned or have promised because of the daunting symptoms that come along with it.

It may not be a disease that will kill me or even one that the medical profession recognizes, but it is a super freaking, horrible illness that strikes many many people, and we don’t admit it and suffer in silence because shame is attached to this disease.

There are many variations of it…

Who-do-i-think-i-am-itis – Symptoms include: Feeling too big for your britches, forgetfullness (not recognizing one’s strengths or accomplishments), and delusional feelings of shame. Some people even become isolated, not willing to be seen or heard.

Afraid-of-what-others-will-think-itis – This illness is not as paralyzing but has the same effect. Actions are often taken. New wardrobes, hairstyles, businesses and hobbies are started, but paralysis ensues when onlookers are present, especially when success seems imminent. If someone looks on with interest, even with approval, it is often misunderstood for disapproval, and total abandonment of everything is common at that time.

What-if-I-fail-itis – Symptoms include: Spending an enormous amount of time on an idea or project but never letting anyone see it, not pulling the trigger to make it an actual offer, or not beginning at all. Symptoms also include: Obsessively thinking about some idea or project and creating busy work that leads to nothing at all.

Flat-out-fear – Symptoms include paralysis, awareness of one’s limitations and caring, beyond what is normal. Borderline obsessing on perfection that will never be realized even though worked on incessantly. Often promises or declarations are made, but the disease takes hold and everything is abandoned, which is followed by severe guilt and depression.

None of us admit to these illnesses, as if they don’t exist.

Those of us who suffer from any one of these diseases are like Frill-necked lizards, who have the instinctive ability to make themselves look bigger than they actually are, so that they can escape danger and survive yet another day… 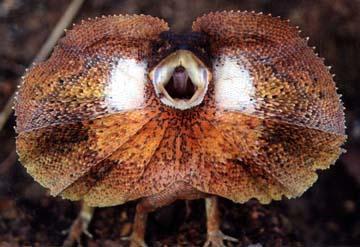 …pretending to be who and what we aren’t, hoping that it will mask what’s going on inside us and keep us safe.

But underneath it all we’ve got these maladies that make us freeze, quit before we start, begin yet sabotage all our efforts.

This email is my attempt at a cure.

Not to say that I will not proofread or put in an attempt to get my writing acceptable, but that I will do my best and let the rest go, hoping that the message will override what I fear is not good enough… so I will just do what I feel called to do anyway.

I feel like I’ll have to put this message as a link for anyone to go to when sending out a communication as a disclaimer… How will I go on and continue if I don’t know that you read this, even if I am afraid or know that it could be better or if it may not be grammatically correct or if I missed a typo?

I often will post on social media more. Somehow it seems less formal and more acceptable for things to be “off”… but even then, I often have grand plans and then the illness takes over and I’m left in a state of paralysis…

So, I’m just going to do this, be consistent, communicate as I’m inspired to, and if you don’t like it, then that’s ok, just unsubscribe and all will be right with the world. 🙂