A wedding story, Hoarding and freedom 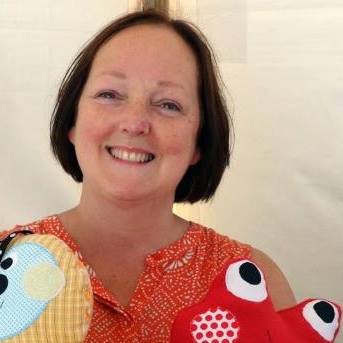 Rose never believed that hers would end with a divorce, but as so many of us in this generation has experienced it did.

And for those of us who have been through a divorce we know the aftermath of it. Our identities were all wrapped up as a couple. We identified with the home we lived in together, the family we created and the life we built, we’re left feeling gutted and we’ve got to rebuild.

So when it ends, we have to pick up the pieces and move on and create another life.

But for Rose it was different. She didn’t know it but she was about to experience a whirlwind of events.

During their marriage together Rose and her husband both had full time jobs.

Rose’s job was extremely stressful, so her husband, who loved to cook and didn’t mind housework took care of most of the domestic duties.

Rose picked up after herself and did as her husband asked when he needed help, it all seemed perfectly normal.

After the divorce, and she had her own place it started to become messy, but it didn’t stop there, it continued until it spiraled into a disaster.

She would never allow anyone in, not even the repair man for the bathroom sink that she couldn’t use, or the tub that took an entire day to drain.

She lived in an apartment building… all she needed to do was pick up the phone and the handyman would arrive, but she couldn’t allow him in.

It would have humiliated her, and possibly get her kicked out. She was beside herself, not only with anxiety disorder and clinical depression but in a state that seemed to make both of those things even worse.

She didn’t know it because of the arrangement she had with her husband, that she didn’t know how to clean, what to do and when or how often, but she learned soon after that she hadn’t a clue.

She thought there was something wrong with her, isn’t this something that everyone knows how to do?

The hoarding was bundled up in the diagnosis of depression and anxiety disorder that she was being treated for. She was told that her the condition of her home was part and parcel of her mental illness and she just had to accept it.

She didn’t want to accept it, it was worse than her mental illness. It was stifling. She began searching for help on the internet and she came across one of my videos. She thought that maybe there was hope for her and at least it was worth a try.

The results were beyond what anyone could have believed before they actually saw the results. (except for me, I know anyone can “get it together”)

In this video you see her home now. It’s amazing and she tells her story.

One thing she said in the video, “Jesus saved my soul, but Kathy saved my life.” I cried.

What’s going on in your life? Do you need help? Are you tired of trying on your own and failing over and over again?

I have extended the deadline to enroll in Tidy Tutor University till September 15th. January 1st will be the next available time to enroll. Because I didn’t convey the info to my tech team to have the enroll button close it’s still up, and also I’ve received emails from many who weren’t prepared because of the end of the summer and holiday weekend and school starting enrollment, so enrollment is still open.

Here is the link to enroll at only $29.00 a month https://secure.thetidytutor.com/register/ttu-tti. Cancel any time and 100% money back guarantee, nothing to lose and everything to gain!

If you don’t like monthly payments here is a yearly enrollment link. https://secure.thetidytutor.com/register/ttu-sucess-1-time/
Love,
Kathy

I’m in tears from happiness. So good to see you and Rose together explaining the process of TTU. Am loving your video’s. Thanks for sharing!

I know! Isn’t she amazing? She was right, SHE did it! I love that I had a part 🙂